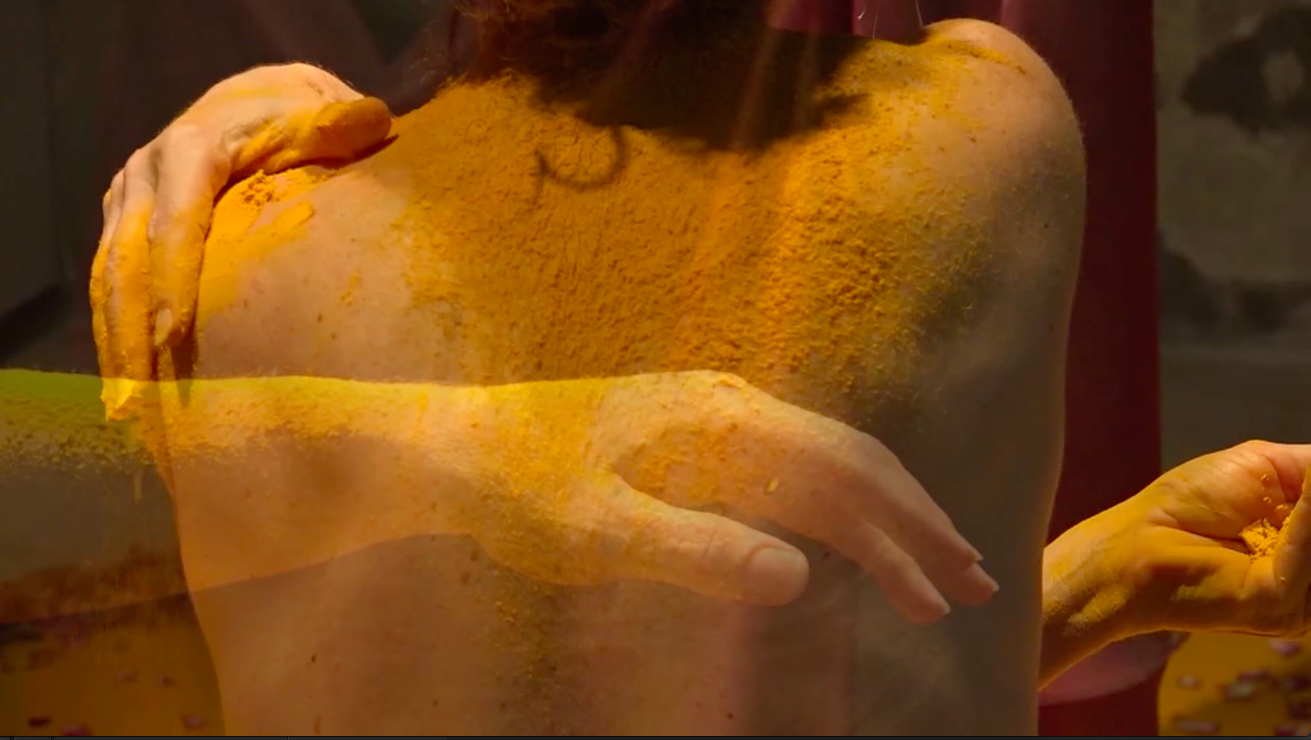 The Incandescent Ephemeral brings together new works in photography, video, and installation (2015/2016) by American artist Ginny Sykes for her solo exhibition opening October 15th at Schillerpalais, in Berlin, Germany. From her recent solo show, Tangle of Existence, journalist and curator Daniela Ricci Sykes writes that Sykes bases her works on

“a re-visitation and re-actualization of the mythic, intending a meditation on our roots, memories, traces, feelings and emotions, with regard for all the philosophical implications that these topics involve. The inexorable passage of time, places, material and immaterial traces, personal and collective historical memory, the concept of a person’s passage through life, of our ephemeral existence. Her research stems, above all, from the urgency to free oneself from the anguish of being a human being in a post-industrial society. In this society, the only requirement is false and mediocre relationships. To have a sense of direction in this labyrinth of signs, within the intricate ramifications to which we human beings are present, we dive into this labyrinth of signs, but our search is futile because that to which we are referring, and its philosophical and mystic meanings, are lost. Rich in nightmares and fantasies, lucid paradoxes, illusory perceptions, aniconic signs, and pseudo iconic symbols, Sykes’ pictorial operations consist on one hand of the reserve of the impossible, and on the other, a natural continuing metalinguistic dialogue which expands time, and results in a reasoned projection of inner truth.”

Ginny Sykes works in painting, installation, performance, video, and public art. Her practice is informed by feminism as a resistance to institutional and prescriptive classifications of a universalized female experience. Aligned with Carl Jung’s understanding of alchemy and transformation through artistic process, Sykes is invested in a belief of bringing what lies at the margins of personal and social consciousness to the center of her practice.